“To be successful, our work must be meaningful, purposeful, and relevant.” — From a great mentor of mine and a former IPS Board Member, the late David Alan Hall.

Brenda Simmons began her career at IPS in 2003 as a community organizer in San Diego County. She was promoted multiple times before the Board of Directors elevated her to CEO/President in April 2019. She has a broad range of experience working in conservative rural and frontier communities in Montana, ultra-progressive communities in Los Angeles County, and everything in between. Brenda has led projects ranging from substance abuse prevention to community revitalization and child-sex trafficking. As CEO, Brenda oversees more than a dozen IPS projects in Southern California.

Brenda has created a culture at IPS that supports diversity, equity, and inclusion. These ideals are being infused into all of the work IPS does, transcending IPS’s internal boundaries.

Brenda has a master’s degree in Communication from San Diego State University and a bachelor’s degree in Communication from the University of Montana. Brenda is originally from Montana but appreciates Southern California’s diversity and climate. In her free time, she enjoys playing with her dog Gremlin, spending time on the water, and spoiling her nieces and nephews.

Brenda is honored to have James Baker, IPS’s founder, as a mentor and guide. James has cultivated Brenda’s understanding of prevention and modeled the strategic leadership necessary to move IPS forward. He has been Brenda’s biggest champion, and she will always be grateful to him. 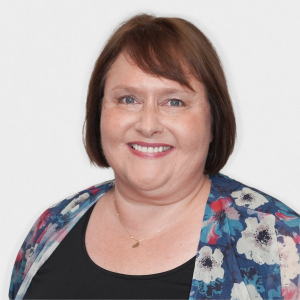