The Drug Paraphernalia Campaign was a countywide effort to hold smoke shops accountable for facilitating and glamorizing illicit drug use, making it more appealing to youth. Partners in the campaign included the District Attorney’s Office and law enforcement agencies from municipalities throughout San Diego County.

The goal of the campaign was to eliminate the sales of such products, especially glass pipes used to smoke methamphetamine, through policy development, enforcement and adjudication. Results were impressive. In one of many police sting operations conducted throughout the county, more than 8,700 meth pipes were confiscated. Subsequently, legal action was taken against several smoke shops by the cities of San Diego, El Cajon, Imperial Beach and others. Employees as well as owners were arrested and faced charges. One smoke shop employee was found guilty of 23 misdemeanor charges after selling meth and crack pipes to undercover police officers. Policy changes also resulted from the campaign, with restrictions placed on the sale of drug paraphernalia by any retailer licensed to sell tobacco products. 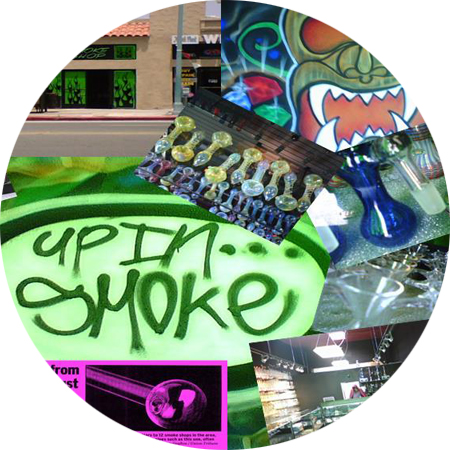 A countywide effort to address the growing problem of smoke shops selling designer products that glamorized illicit drug use, making it appealing to youth.