The Alcohol-Free Parks campaign in Lemon Grove, California revitalized local parks to make them safer and more family-friendly. The project was initiated by the Lemon Grove HEAL Zone (Healthy Eating Active Living) group, which saw clean and safe parks as essential for healthy lifestyles, enabling seniors to go on regular walks and youth to play and exercise in a healthy environment. The campaign was also supported by local business owners who felt that drinking in public parks was hurting their businesses.

In response to these and other concerns, made public through news making activities of IPS, the city council voted unanimously to make parks off-limits for alcohol and marijuana use.

Impetus for the ordinance came from surveys conducted by the HEAL Zone’s youth advisory group, recruited from the Lemon Grove Academy Middle School. With technical assistance from IPS, the group surveyed several local parks, finding cigarette cartons and butts, alcohol cans and bottles, and evidence of marijuana smoking. The Sheriff’s Department also reported that calls for service from Lemon Grove parks had increased 33 percent in the previous two years.

The City expected the new law to make its parks safer for children and families, which would attract more residents to Lemon Grove. To enhance the environment further, the city began an annual Summer Concert Series as well as a Movies in the Park program to take place during summer months. 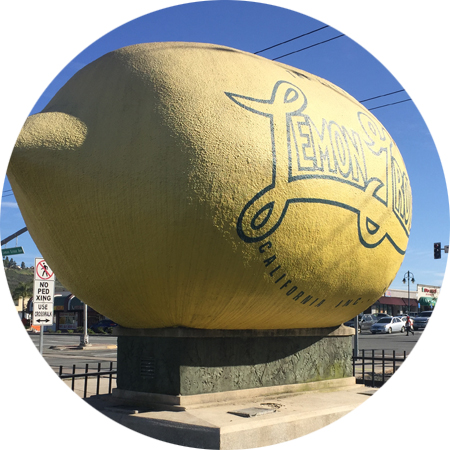 The Lemon Grove city council voted unanimously to make parks off-limits for alcohol and marijuana use. 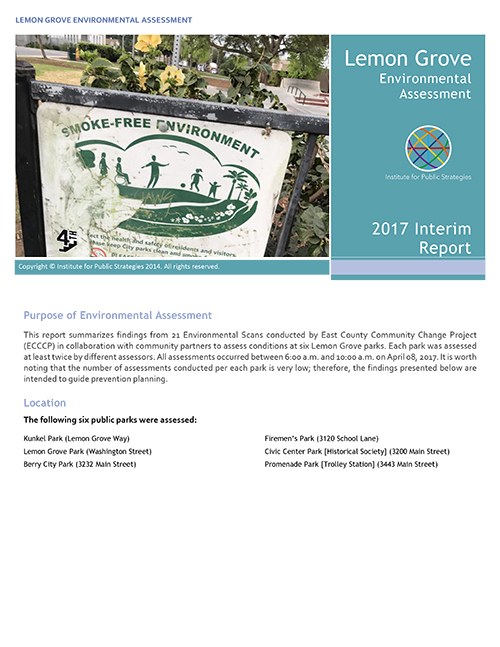