Recognizing they were losing business because potential customers were afraid to shop on their street, a group of business owners formed the Alliance for a Better Community (ABC) to restore the economic viability of the area.

The project’s goal was to reduce problems impacting business activity on Second Street through CPTED (Crime Prevention Through Environmental Design) strategies. With technical assistance from IPS, ABC led the effort in partnership with the El Cajon Police Department (ECPD) and the East County Transitional Living Center.

One of the project’s successes was a reduction in homelessness/panhandling as an issue of major concern, which dropped from 67% in 2009 to 26% in March 2011 and then to 12% in June 2011. This contributed to the desired outcome, with businesses reporting increased sales. 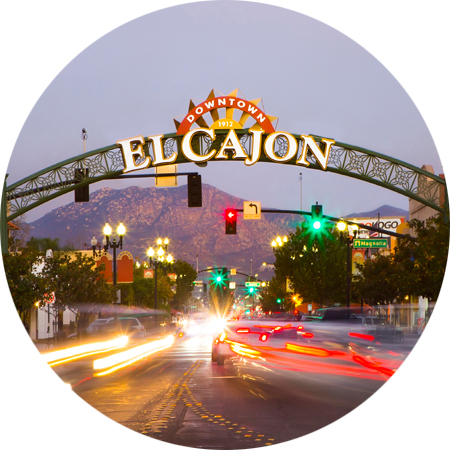 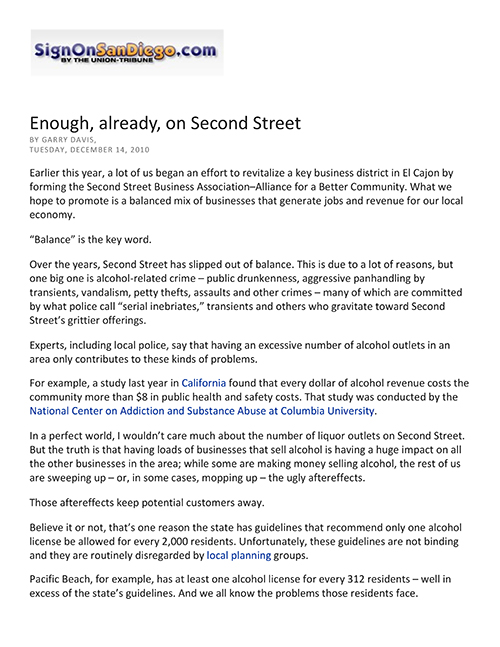