The Social Host Campaign was an effort throughout San Diego County to reduce underage drinking at house parties, the most common venue for youth to access alcohol. Laws already on the books made it illegal to provide alcohol to a minor and for a minor to possess alcohol or consume it in public. But those laws were difficult to enforce, especially on private property.

The goal of the campaign was to advance a new law at the time, known as the Social Host Ordinance (SHO), in multiple cities in San Diego County, as well as in unincorporated areas. The SHO was designed to make it illegal to provide a place where underage drinking takes place, regardless of who provides the alcohol. Under this law, the social host – the person who provides the venue – can be held accountable with either civil or criminal penalties.

As a result of the work of prevention advocates, which occurred over a decade, such ordinances were passed in all the county’s 18 municipalities, as well as in the unincorporated area. This made San Diego County the first county in the nation to have all its cities adopt a SHO.

Led by IPS, subsequent work focused on raising public awareness of the laws through media advocacy and on coordinating with law enforcement agencies to ensure the law was being enforced. This included conducting key stakeholder interviews with city attorneys and deputy district attorneys, resulting in a better understanding of which laws were most effective. 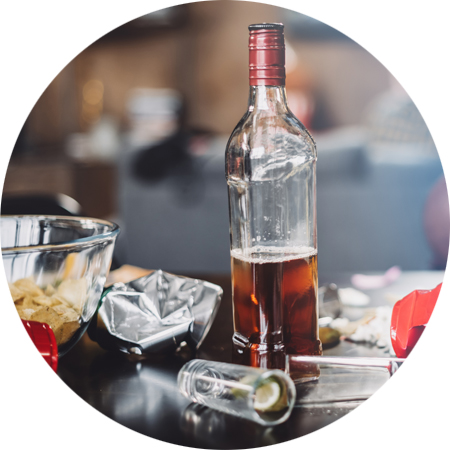 The SHO was designed to make it illegal to provide a place where underage drinking takes place, regardless of who provides the alcohol.