The Byrne Criminal Justice Innovation Project in San Bernardino, California focused on reducing criminal activity around apartment communities, abandoned housing, and other crime and violence hot spots. San Bernardino was selected for the project because it had one of the highest rates of violent crime in the nation, much of it occurring in neighborhoods in the north-central section of the city.

The project’s goal was to engage multiple community stakeholders and to coordinate their efforts in targeted areas. IPS conducted an extensive community engagement effort and formed a coalition of elected officials, police, and agencies working on housing, education and economic development. The group subsequently planned and implemented a series of interventions designed to get at the root cause of crime.

As an aspect of the project, local police conducted bicycle patrols in targeted communities to enhance communication between law enforcement and residents. In addition, community members were brought together to conduct cleanups, beautification activities, and other physical improvements to their neighborhoods.

Long-term efforts included working with local retailers to create a business improvement district and partnering with the city to create an economic development plan that would attract new businesses to the region. Combined with the efforts of partner agencies working to revitalize abandoned properties and foster increase home ownership, the Criminal Justice Innovation Program demonstrated how an integrated approach can make a difference in a region plagued by high crime, poverty, and urban blight. 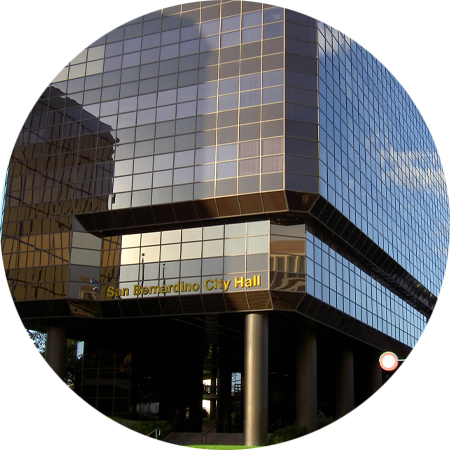 The Criminal Justice Innovation Program demonstrated how an integrated approach can make a difference in a region plagued by high crime, poverty and urban blight. 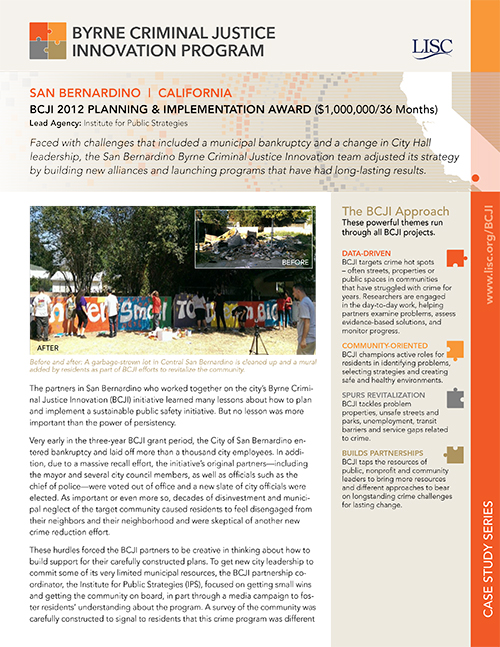