The 1995 Louisiana Seal Belt Project, funded by the National Highway Traffic Safety Administration, focused on reducing alcohol-related traffic fatalities through the increased use of seat belts.

The project’s goal was to increase seat belt usage through state legislation, enforcement, and a public information campaign. As part of an integrated team, IPS provided media advocacy services to increase public support for a new mandatory seat belt law and to generate publicity for follow-up law enforcement operations.

Controversial at the time, the new law allowed police to stop a vehicle and issue a citation for the sole reason that the driver had not been wearing a seat belt. Known as Primary Seat Belt Enforcement, the law was passed in 1995, making Louisiana the second state in the nation, following California, to have such legislation in the books. As a result, seat belt usage rose from 52 percent in the summer of 1994 to 68 percent in the spring of 1996, saving an estimated 143 lives per year in Louisiana.

Increased enforcement, publicized in the news media by IPS, was a key component in the success of the campaign. After an initial warning period when no citations were issued, State Police issued 21,439 seat belt use citations during the first seven months of primary enforcement. During the comparable seven-month period of the previous year, they issued only 19,114. 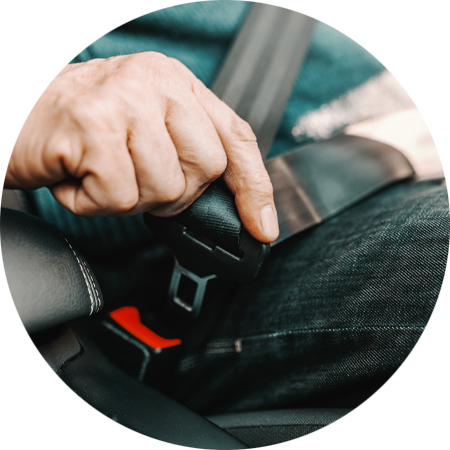 Increased enforcement, publicized in the news media by IPS, was a key component in the success of the campaign.