The High Desert Community Coalition formed in early 2012 to address a deadly public health issue — synthetic drugs were being sold in smoke shops and liquor stores in over-concentrated areas throughout the High Desert in San Bernardino County, California.

Assessments determined that these drugs were widely used among youth and the community at large. At that time, most hospitals, law enforcement, school districts, etc., had never heard of synthetic drugs or were just beginning to learn what they were, so a great deal of media advocacy was required. State and federal legislation contained numerous loopholes rendering it ineffective.

IPS staff and coalition members worked with the mayor and city attorney in Adelanto to draft an ordinance that would overcome these loopholes by addressing the marketing, packaging  and labelling of the drugs rather than the ever-changing chemical compounds. This was the first ordinance to determine that a retail outlet could lose its business license for selling synthetic drugs. The ordinance was proven very effective. By late 2014, the cities of Victorville, Barstow and several other cities in the East Valley region of San Bernardino County adopted similar ordinances. The coalition has worked with cities and enforcement officials to continually monitor the situation. Today, synthetic drugs are practically non-existent in the region.

While working on this issue, coalition members were alarmed not only by the huge over-concentration of liquor stores and smoke shops but by many other issues taking place around them that were affecting community health, safety, etc. Further assessments showed a very high rate of alcohol sales to minors, sales of illegal drug paraphernalia, loitering, fights taking place in parking lots, trash, graffiti, etc. This was occurring in close proximity to schools and many youth were frequently walking around the areas.

The issues were especially concerning the cities of Hesperia and Victorville. The coalition advocated for Conditional Use Permits/Deemed Approved Ordinances. The City of Hesperia passed a DAO in the Spring of 2017. It was utilized to clean up some of the most egregious liquor stores in the city. The City of Victorville adopted a CUP for liquor stores and smoke shops, prohibiting gas stations from selling distilled spirits (allowed beer and wine only), among many other problems. There has been much improvement, but the coalition still continues to address some remaining issues.

In 2019 and 2020, the coalition has placed an even greater focus on equity and how these issues affect communities of color, financially disadvantaged and underserved communities. They have also developed a media campaign to address the youth vaping epidemic, with a focus on the tremendous increase in youth vaping of cannabis products. 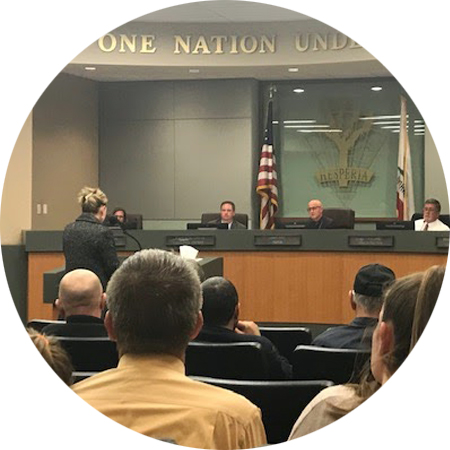 The community was successful in preserving one of its few alcohol-free venues for teens and families. 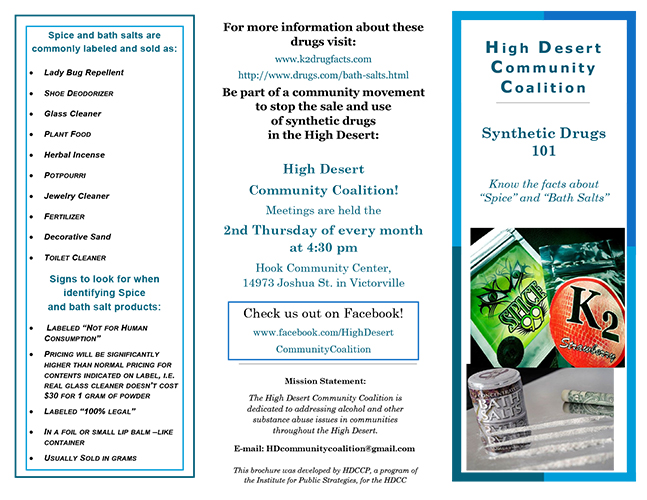