As seen on GovLoop.

Geographic information systems (GIS) answer the question of where: where diseases are prevalent; where vulnerable populations live; and where resources are most needed to improve health conditions. GIS consists of the data, technology and people who answer these questions. And it has never been more relevant than it is today.

In the past year alone, health professionals have used it to address the COVID-19 pandemic, opioid epidemic, vaping-related respiratory illness and other diseases and injuries.  GIS is helping public, private and non-profit organizations make effective and efficient decisions, from collecting data to analyzing it to presenting it in a user-friendly manner. 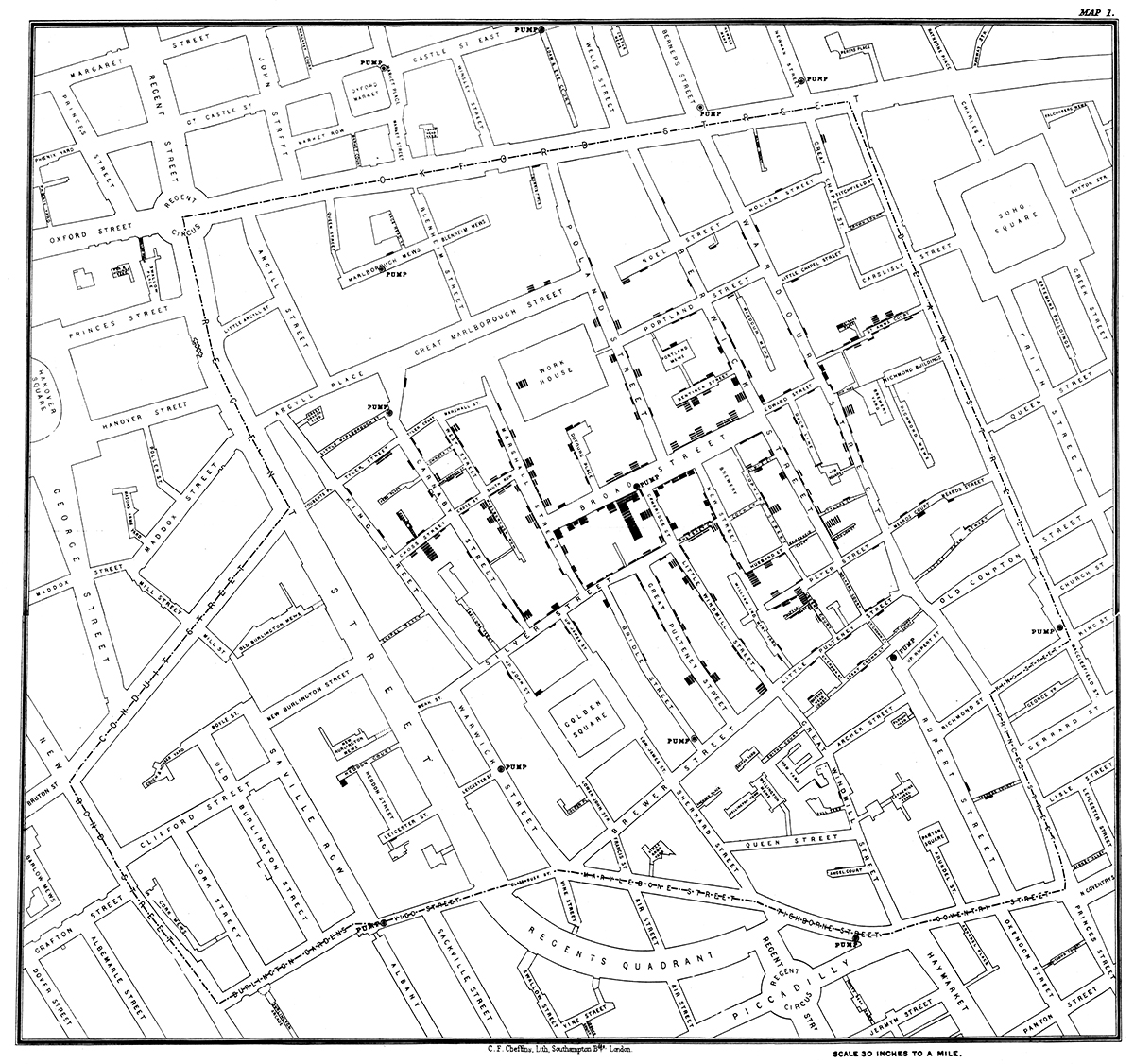 History of Mapping and Public Health

In the nineteenth century, John Snow was the first to use mapping in epidemiological research. In 1854, London suffered from an outbreak of cholera, and Snow mapped the locations of those stricken by the disease. By looking at where cholera victims lived, he observed a spatial pattern and identified the water source suspected of being responsible for the outbreak. This event marked the founding of epidemiology – the study of patterns, causes and distribution of diseases and health-related events.

This image is of John Snow’s map of cholera cases in London 1854.

No matter which GIS software you use, four basic tools can help any public health professional in their role as a disease-fighting superhero:

Even with all these tools, the most valuable asset in GIS is the public health professional – the one with the innovation and creativity to collect data, map it, analyze it and present it.

Meredith Gibson is the Media Director for the Binge and Underage Drinking Initiative, Countywide Media Advocacy Project, and Partnerships for Success. She generates news articles to promote awareness of public health issues, collaborates on opinion editorials (op-eds) with community leaders, and pitches ideas and spokespersons to news outlets, amassing media coverage at the local and national levels.

Businesses and Public Health: Allies, Not Adversaries
Scroll to top